When Life Gives You Pumpkins…Make? 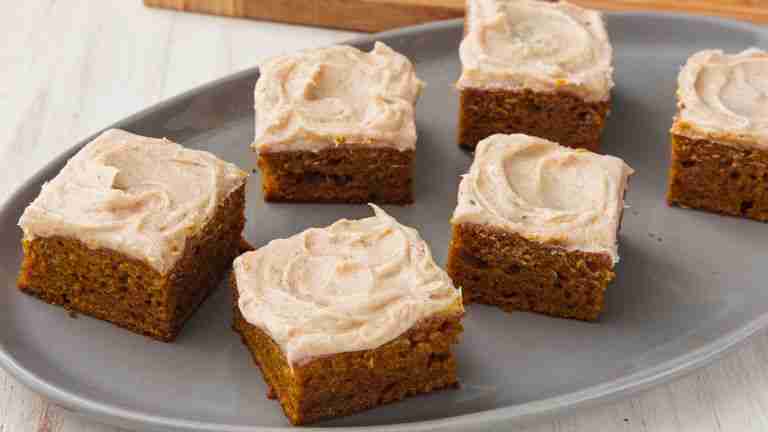 When I was in high school, my favorite teacher was Mr. Schwanke. He taught my Psychology and Comparative Religions class. The week after one Halloween, he taught our class a valuable lesson.

As is often the case for teachers, they are likely to get pranked on Halloween and this year was no exception. Many teachers would get their house or trees “TP’d”, but Mr. Schwanke got the pleasure of having several pumpkins smashed on his driveway. He went on to tell our class about the hours it took him to clean up all the mess on his driveway. As many teachers would do, he could have spent part of the class time lecturing his students on how disrespectful it was to pull such a prank.

Instead, he reached down under his desk and pulled out a pan of pumpkin bars. He went on to tell the students his version of “when life gives you lemons, make lemonade.” He had asked his wife to make a pan of bars for each of the classes he taught. He then cut up the bars and served up a piece to each student in the class.

His kind, forgiving, humble attitude was such an example to all of us. Well, this past week, I was reminded of him because my husband had purchased a ginormous pumpkin for the fall season. We decided to cut it up and put it to good use. So, the first thing I made was pumpkin stew. What a delicious meal that was. Here is the recipe that I got from my brother-in-law and sister-in-law:

Saute the onions in the butter (or olive oil), then add pumpkin and broth. Bring to a boil, cover and reduce to a simmer for about 15 minutes. Then, add ham, corn and salt and pepper to taste and cook an additional 8 minutes.

Preheat oven to 350 F. Grease 15X10 pan with shortening or cooking spray. In a large mixing bowl, beat all ingredients together (I add the moist ingredients first) until well mixed. Bake 25-30 min or until toothpick comes out clean. Cool for at least an hour before frosting. Store in refrigerator.

I blessed others with pumpkin bars and still have tons of pumpkin left to make a variety of goodies in the weeks to come – pumpkin bread, pumpkin cookies, etc. If you have any special recipes for me to try, send them in the comments below! The pumpkin has all been cooked and stored until I come up with more ideas to make things.

Our family has been given many “pumpkins” over the past few years, but we know that after all that cooking, God will come up with some delicious recipes to use all the pumpkin we have acquired. Hopefully you will be on the receiving end of some of the products of all the “pumpkin!”