Prison Rummy – a Lesson in Fairness and Justice? 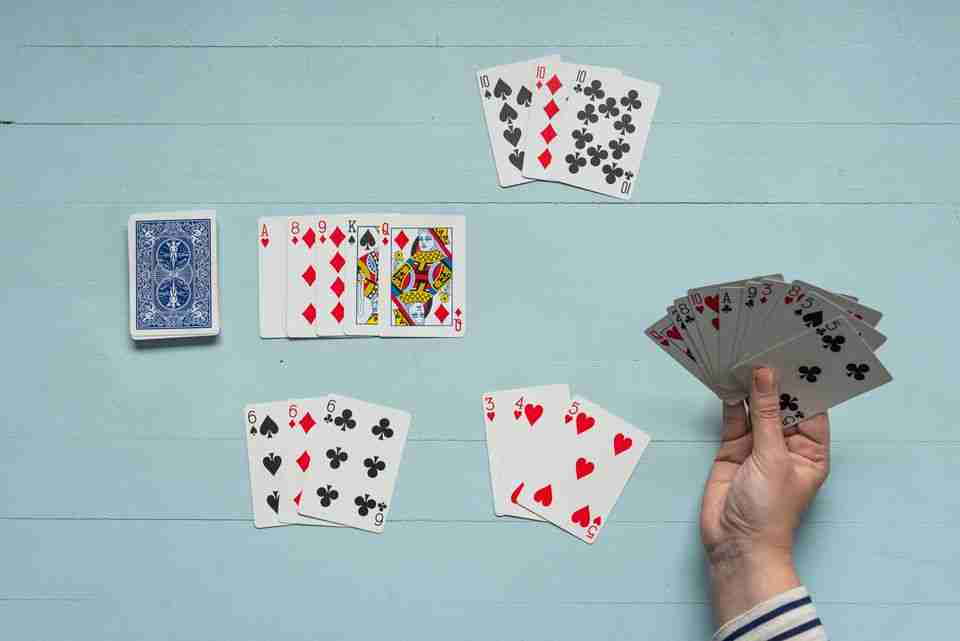 One of the things that we will take with us out of the prison experience is a game my husband learned which is a version of Rummy played in prison called Prison Rummy (what else would you expect?). It is based on the version of Rummy called 5000 Rummy in case you want to look up rules to play. In essence, it is a perfect picture of the American Justice system.

In life, we have little control over the elements surrounding our birth – our parents, our privileges, our abilities, etc. To begin the game of Prison Rummy, every person is dealt a somewhat random amount of cards and typically, no two people are dealt the same number of cards – just as in life. In other words, life and this game are not fair. Fairness is defined as ” impartial and just treatment or behavior without favoritism or discrimination.”

However, built into this game are rules that intend to make the outcome just. Justice is defined as “the maintenance or administration of what is just especially by the impartial adjustment of conflicting claims or the assignment of merited rewards or punishments.” In other words, adjustments are made in some fashion to try to make the game (and, life) fair. In the version of Prison Rummy, whoever gets rid of all their cards first gets the remaining cards in all of the other player’s hands to add to their points. So, if the person with fewer beginning cards can go out quickly, they can acquire many cards still remaining in the other hands.

It didn’t take us long to figure out that we really didn’t want to be dealt 2 cards! It’s hard to put together a group of 3 cards when you start off holding only 2. Yes, you can lay down cards on what other opponents play, but they become more reluctant to lay down their cards until they can go out just to prevent you from laying cards on what they have started.

I am sure that the American Justice System has tried to create rules to make life more fair, but unfortunately, there are too many people who have used those laws to further punish those who have started off with a less fair hand. I would not wish that anyone would have to go through the “justice system.” It caters to those with money, power and influence, bullies people into false confessions, and winning cases is far more important that discovering real truth and justice.

When Jesus came to earth, he gave us an insight into kingdom life in which God exacts His version of justice by embracing humility. Humility equalizes out those dealt a really good hand which then exert prideful force over others and those who are dealt a really bad hand and are oppressed through shame. God’s justice will be administered in such a way that all people will know and see their true value and worth!

The Bible study I am currently working on writing will explore in depth this idea of humility being God’s equalizer and earthly justice system.